Lavabit was the most secure email, Shut Down

Lavabit was the most secure email, Shut Down

This experience has taught me one very important lesson: without congressional action or a strong judicial precedent, I would  strongly  recommend against anyone trusting their private data to a company with physical ties to the United States. 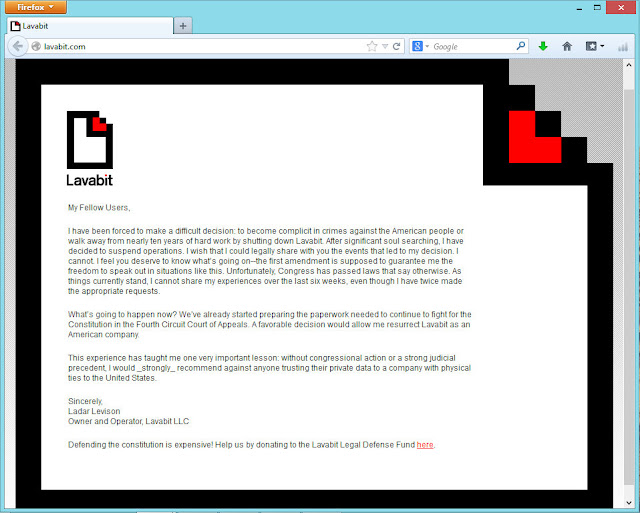 
There are only three organizations that have ever won the right to say they received an NSL of the hundreds of thousands issued.
Nicholas Merrill is one such individual, and he spoke about it to WNYC's Bob Garfield in 2011:

Privacy startups & encryption services should move to Iceland or other privacy friendly jurisdictions. Stay away from US, UK, CAN, AUS & NZ
— Kim Dotcom (@KimDotcom) August 9, 2013

NSA Chief: Solution To Stopping The Next Snowden Is Replacing His Former Job With A Machine

I have been forced to make a difficult decision: to become complicit in crimes against the American people or walk away from nearly ten years of hard work by shutting down Lavabit. After significant soul searching, I have decided to suspend operations. I wish that I could legally share with you the events that led to my decision. I cannot. I feel you deserve to know what’s going on--the first amendment is supposed to guarantee me the freedom to speak out in situations like this. Unfortunately, Congress has passed laws that say otherwise. As things currently stand, I cannot share my experiences over the last six weeks, even though I have twice made the appropriate requests.

What’s going to happen now? We’ve already started preparing the paperwork needed to continue to fight for the Constitution in the Fourth Circuit Court of Appeals. A favorable decision would allow me resurrect Lavabit as an American company.

This experience has taught me one very important lesson: without congressional action or a strong judicial precedent, I would _strongly_ recommend against anyone trusting their private data to a company with physical ties to the United States.

Defending the constitution is expensive! Help us by donating to the Lavabit Legal Defense Fund.

...
With such short notice, my first attorney was unable to appear alongside me in court. Because the whole case was under seal, I couldn't admit to anyone who wasn't a lawyer that I needed help, let alone why. In the days before my appearance I would spend hours repeating the facts of the case to a dozen attorneys, as I sought someone else that was qualified to represent me. I also discovered that as a third party in a federal criminal indictment, I had no right to counsel. Thus my pleas for more time were denied. After all, only my property was in jeopardy – not my liberty. My right to a “fair hearing” was treated as a nuisance, easily trampled by a team of determined prosecutors. In the end, I was forced to choose between appearing alone, or face a bench warrant for my arrest.

When I appeared in Virginia, the government replaced their subpoena for the encryption key with a search warrant and a new court date. I retained a small local law firm before returning home, and they took on the task of assembling a legal strategy and filing briefs in the few short days available. The court barred them from consulting outside experts, making it difficult to understand the complex legal and technological issues involved. Even a request to discuss the case with members of Congress was denied. To make matters worse, the court wouldn’t deliver transcripts for my first appearance for another two months. My legal team was forced to proceed without access to information they needed.

Then, a federal judge entered an order of contempt against me – without even a hearing. Let me be clear. I did not devoted 10 years of my life to building Lavabit, with its focus on privacy, only to become complicit in a plan which would have meant the wholesale violation of my customers’ right to privacy. Thus with my options in court exhausted, the decision was easy. I had to shut down my service. Placing my faith in the integrity of the appeals process.

When the judge granted the contempt charge unopposed – ignoring my attorney’s request to dispute the government’s claims – he created a loophole. I was never given an opportunity to object, let alone provide a meaningful defense. An important point, since the contempt charge endorsed new legal claims – reversing what the court had previously indicated. Without an objection on the record, the appellate court would rule that my right to an appeal had been waived – since the charges hadn’t been disputed in district court. Given the Supreme Court’s tradition of declining to review cases decided on procedural grounds, I will likely be denied justice, forever...

...
The most important question raised by my appeal was what constitutes a "search," i.e., whether law enforcement may demand the encryption keys of a business and use those keys to inspect the private communications of every customer, when they are only authorized to access information belonging to a select few.

The problem here is technological: until a communication has been decrypted and the contents parsed, it is impossible for a surveillance device to determine which network connections belong to the targeted accounts. The government argued that since the "inspection" would be carried out by a machine, they were exempt from the normal search-and-seizure protections of the fourth amendment.

More importantly, the prosecution argued the exemption was because my users had no expectation of privacy, even though the encryption they were trying to break was created specifically to ensure a users' privacy.

If my experience serves any purpose, it is to illustrate what most already know: our courts must not be allowed to consider matters of great importance in secret, lest we find ourselves summarily deprived of meaningful due process. If we allow our government to continue operating in secret, it is only a matter of time before you or a loved one find yourself in a position like I was – standing in a secret courtroom, alone, and without any of the unalienable rights that are supposed to protect us from an abuse of the state’s authority.

With my fight in court all but lost, I am focusing my attention on a technical fix. Help me put control over who reads your email back into your hands. Donate to the Lavabit Dark Mail Development Initiative today. Because keeping your business your business is our business.

For you and Social 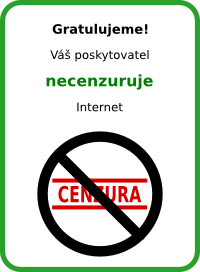 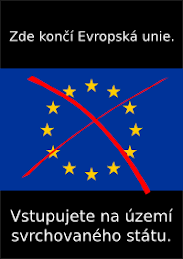